Closed Comedones: If an inflamed, angry-red pimple is the skin-care equivalent of a scream, a closed comedone is a threatening whisper. Seemingly headless and unpoppable, closed comedones are white or skin-colored bumps that gradually build beneath the surface of the skin until they’re large enough to be visible in profile.

Closed comedones are commonly called whiteheads which contrary to popular belief aren’t actually those white, pus-filled pimples you’re so often tempted to pop. In fact, actual whiteheads aren’t even really poppable. However, if you attempt to pop them or they get irritated by bacteria, they can develop into poppable pimples.

Closed comedones look like little bumps across the skin’s surface. They’re not red and inflamed like your typical pimple, and they don’t hurt. A closed comedo (singular of comedones) develops when a plug of skin cells and oil becomes trapped within the hair follicle. The plug fills the follicle, swelling it out and creating that bump that you see on your skin.

Blackheads are open-faced. When the melanin pigment (found in the sebum produced by our oil glands) makes contact with the air at the top of an open comedone, it oxidizes and turns dark. This is why blackheads have a dark appearance. Whiteheads, on the other hand, have closed surfaces. They look like small white or flesh-colored dots.

Some people are more prone to developing comedones, or pore blockages than others. Everyone gets closed comedones every now and then. But if you have a lot of them, and they’re fairly constant, you probably have a type of acne called comedonal acne. Closed comedones are really common during the tween and teen years, as the skin’s sebaceous glands (also known as oil glands) ramp up production.3 With all that excess oil, comedones are more likely to form.

Your skin cells normally shed at the surface, allowing new skin cells to form. Sometimes, dead skin cells can get trapped within the hair follicles. When combined with the natural oils in your pores (sebum), a plug can form. This type of acne primarily affects adults with oily skin. It’s also more common in people who smoke.

Other risk factors for comedonal acne include:

How To Get Rid Of Closed Comedones

There are many topical treatments for closed comedones like cleansers that contain benzoyl peroxide, glycolic acid, salicylic acid, or sulfur, which can be perfect for treating acne in general. Include them in your daily skin-care routine. 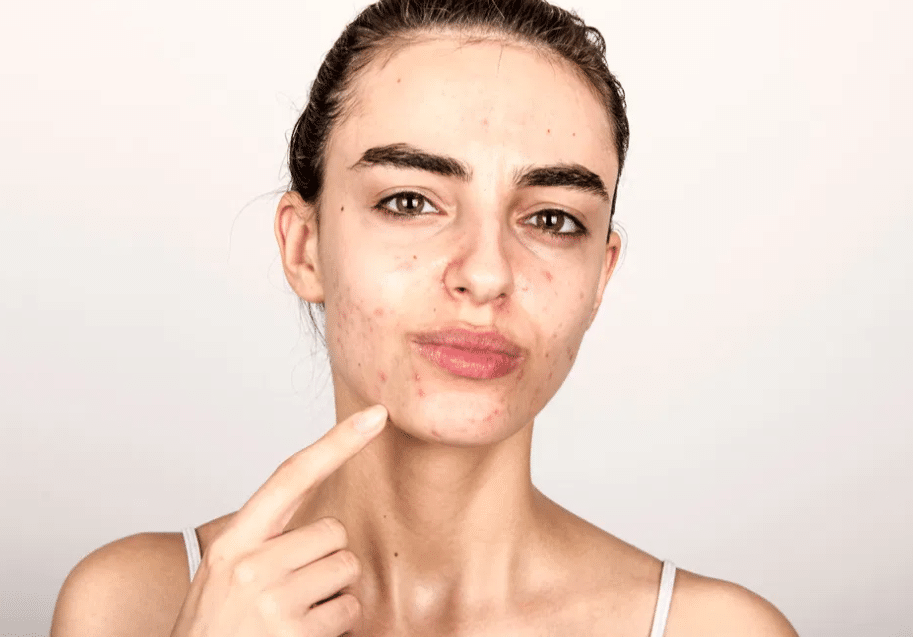 The NCBI lists this beta-hydroxy acid as an anti-inflammatory and anti-bacterial agent that is capable of promoting exfoliation. Dermatologist and Skincare.com consultant Dr. Jeanne Eyde recommends the BHA salicylic acid to help prevent clogged pores and stop closed comedones from forming. We like the La Roche-Posay Effaclar Clarifying Solution Acne Toner, an exfoliating toner with salicylic and glycolic acid that helps to remove pore-clogging debris and smooth skin texture.

Alpha-hydroxy acids are another type of chemical exfoliator that can be used to prevent clogged pores. Dr. Eyde encourages the use of glycolic acid, which the NCBI states have an excellent capability to penetrate the top layers of skin, in particular. For easy use, opt for product-soaked pads like the Peter Thomas Roth Max Complexion Correction Pads, formulated with glycolic acid and salicylic acid, that promotes even skin tone while also removing excess oil. The pad itself is textured, too, providing extra exfoliation.

Can You Get Rid Of Closed Comedones?

Occasionally closed comedones go away on their own without much treatment. But generally, they don’t, Dr. Yang says. And even if they do, Dr. Conrad says it can take weeks or months.

What Is The Cause Of Closed Comedones?

In most cases, closed comedones or whiteheads grow during puberty, usually as a result of hormonal changes in our bodies and an increase in sebum production. The sebum fills up the pores and leaves the skin unable to defend itself from dead cells and bacteria.

How Do You Treat Closed Comedones Naturally?

Do Closed Comedones Turn Into Pimples?

They’re not red and inflamed like your typical pimple, and they don’t hurt. A closed comedo (singular of comedones) develops when a plug of skin cells and oil becomes trapped within the hair follicle. Closed comedones can happen anywhere on the skin, but they most often pop up on the face, neck, chest, and back.

At LifeStyle About, we bring you the interests, opinions, behaviors, and behavioral orientations of an individual, group, or culture.